Watch the birth of an intricate design complete with turquoise, coral, jade, and ivory inlays. This exquisite piece is also laced with diamonds, opal feathers and emeralds!

The Birth of a Plumed Serpent

The beginning of a new creation. 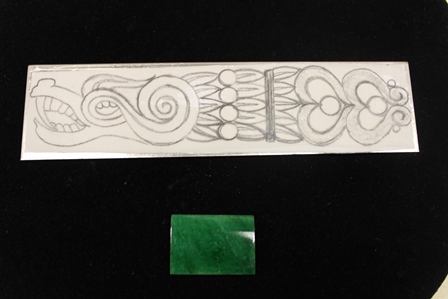 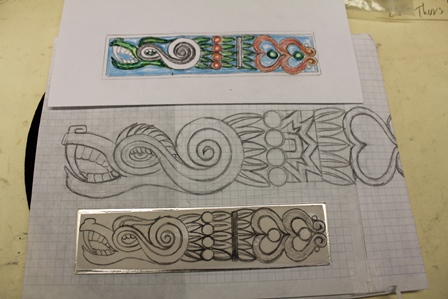 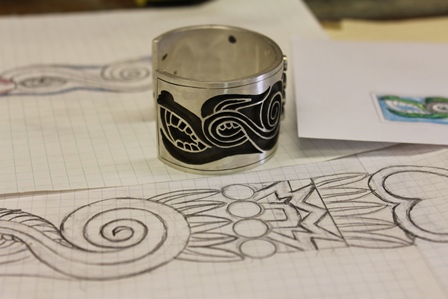 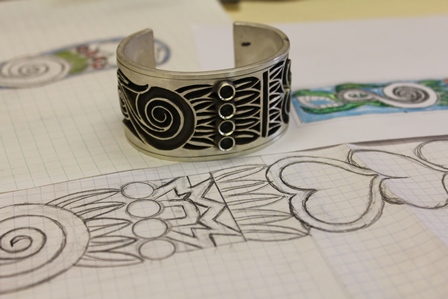 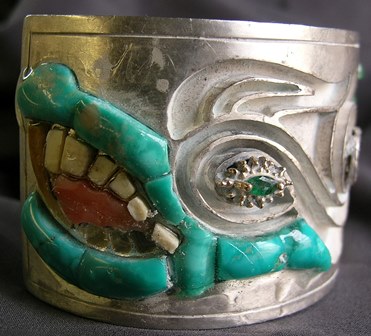 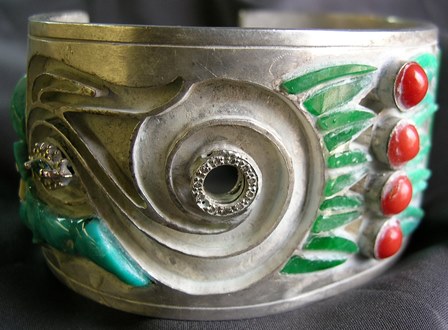 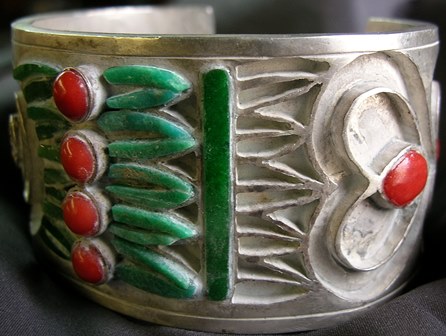 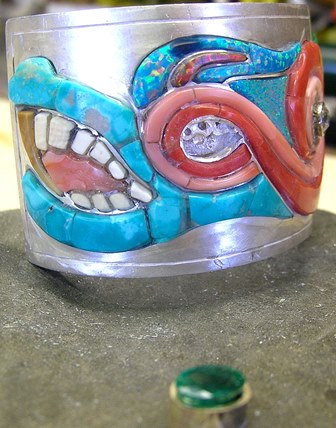 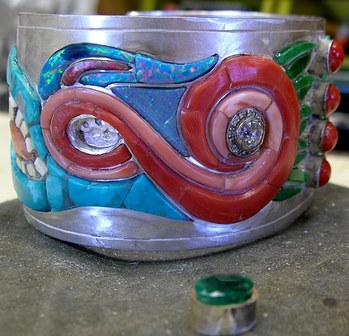 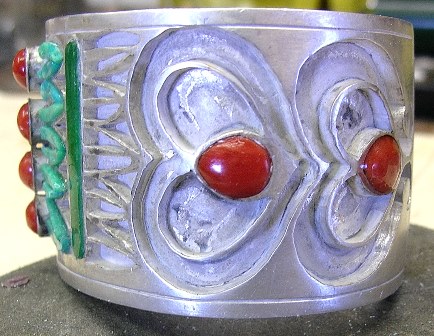 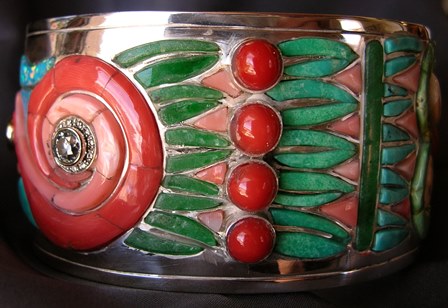 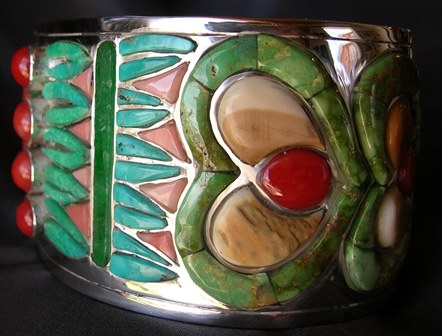 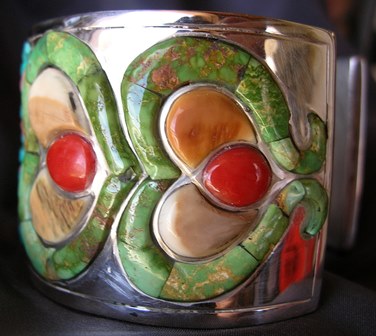 The Legend of the Feathered Serpent, Kukulcan to the Maya and Quetzalcoatl to the Aztec has been worshiped in the Tiotihuacan Valley of Mexico since 1st Centruy B.C.

Belief has it that Tezcatlipoca tricked Quetzalcoatl into sleeping with a celebate priestess and was banished and sent towards the East to return in the year 1 Reed, (1519), which coincided with the year Cortez and his army arrived in Mexico from the East.

Cortez was believed to be the re-incarnate Quetzalcoatl returning and in that, used it to his advantage in conquering the mighty nation and island city of Tenochtitlan, thus destroying both.

Quetzalcoatl was also part of the belief systems of the Toltecs, Cacaxtlans, Chollulans, and Xochicalcans.